The Academy of Arts and Sciences has decided in their infinite stupidity to add an additional category to their already very long list of nominations. These new golden statue recipients will have earned it not by being recognized for an additional discipline or skill in filmmaking that has been long overlooked or ignored, but rather for being a part of the “Best Popular Film.” What does that even mean? Will it be given to the movie that had the highest profit? Or the movie with the most social media impressions? How about most times a trailer is watched before its release? The Academy themselves don’t seem to know how to answer that question either. This article explains it quite well.

The reality is that The Academy absolutely SHOULD add another category. Actually it should add a few. How and why it is that The Academy hasn’t done this yet completely confounds me as well as every filmmaker and storyteller from every notch of the totem pole. Here are some categories that The Academy must add. I’ll even tell you who should have Oscars already given to them retroactively with The Academy’s apologies from the last 20 years or so.  END_OF_DOCUMENT_TOKEN_TO_BE_REPLACED

Earlier this year, I shared with you my first script that was produced into a film titled “The Broken Silence.”  In a sudden and unexpected twist, our director Omar Dzlieri announced that he just completed his own Director’s Cut of the film.   END_OF_DOCUMENT_TOKEN_TO_BE_REPLACED 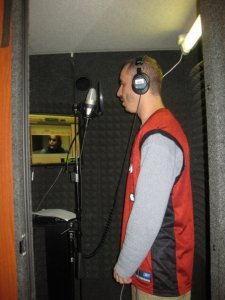